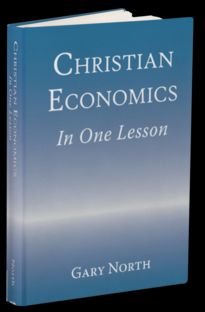 The following article, ‘We Should all Have an Equal Share of Belongings’, was first published on The American Vision.

My wife and I had some of our grandchildren over for a visit while their parents spent time together for a deserved night out. The children wanted to watch a movie, so I had them watch the animated version of George Orwell’s Animal Farm. It’s very good, even for very young children.

You can watch it for free here:

The theme is well known. The promise is equality for everyone, but in the end, some animals end up being more equal than others. The promise of equality drives much of today’s political philosophy, but those who promote it are the ones who benefit the most.

The shutdown is a perfect example. “We’re all in this together” is a prevalent theme. But we’re not all in it together. Has one government employee suffered from the shutdown? They are all gainfully employed while tens of millions remain unemployed. Businesses have been shut down. Many will never reopen.

Christian Economics in One Lesson

Someone named Zechariah responded to my article “What Millennials Don’t Know About Socialism and Communism Will Hurt Them.” He was not happy with it. He blamed both capitalism and socialism for our economic ills.

From many of his long comments, Zechariah shows that he does not understand how markets work. The following is his summary:

All I am saying is we should all have an equally share of belongings if we want to truly establish the kingdom of Heaven on earth. Capitalism is evil and will not be allowed into Heaven.

The free enterprise system is not evil. Competition is good. It gives people incentive to improve their lives and property, and to be inventive, which result in the betterment of society for everyone. There are many people right now who refuse to work because the government is giving them free money. They are making more money by staying home. Employers are having trouble getting their employees back to work.

Zechariah appealed to Acts 2:44–45, 4:32–37, and 5:1–10 in an attempt to make his case for equality. These early Christians voluntarily sold their property and used the proceeds to help those in need. They owned what they sold. Neither the Empire nor the Church had any role in the sale of their property. There was no broader command to the churches to do what Zechariah claims for the Bible.

Ananais was free to keep or sell his property. When he sold it, he had the right to determine whether he would give all of it, or part of it, or none of it, into the treasury of the church for the alleviation of the needs of poor Christians. J. W. Lipscomb is certainly correct when he says, “The program was a voluntary expression of Christian concern for the needs of fellow Christians, and was not a program for compulsory collectivism such as we hear advocated all too often today.” [1]

If everyone sold all their land and houses, where did they live? In the streets? They couldn’t live with other Christians since, according to Zechariah’s claim, they would have sold their land and houses. It’s obvious they sold what they did not require to live to help those in immediate need. Maybe those in need were disinherited because they had deserted Judaism. Some may have lost their jobs. This happens in Muslim countries today.

Also, they had been warned by Jesus that Jerusalem would be destroyed before their generation passed away (Matt. 24:34). They must have still had houses in the lead up to the destruction of Jerusalem, otherwise why would Jesus have said, “Whoever is on the housetop must not go down to get the things out that are in his house” (24:17). Mary still had a house (Acts 12:12). Lydia still had a house (16:40). Prisca and Aquila still had a house (Rom. 16:3, 5). There are numerous other examples throughout the NT.

What about Zechariah’s claim that “capitalism will not be allowed in heaven”? Certainly not the way capitalism is practiced today.

We have no idea what heaven will be like. I suspect that the incentive to work, invent, improve, and so much more will continue. There might even be failure, but of the good kind. People get bored very quickly doing nothing.

Continue reading ‘We Should all Have an Equal Share of Belongings’ … 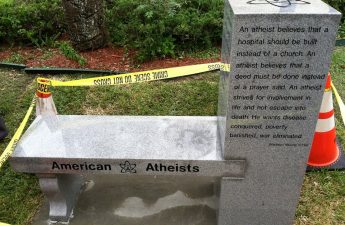