Authored by Nie Law, Shan Lam, and Harry McKenny via The Epoch Times,

Forbes recently released China’s Richest 2022.  Among the top 100 richest people, 79 of them saw their wealth fall.

At the same time, the “Hurun China Rich List” also shows that the number of Chinese billionaires in 2022 has the biggest drop within the past 24 years.

China Evergrande, the founder Xu Jiayin and many other real estate billionaires even failed to make the list this time.

Biggest Loss of Billionaires in 24 Years

The 2022 Hurun China Rich List released by the Hurun Research Institute on Nov. 8 shows that the drop in the number of Chinese billionaires this year is the largest within the past 24 years.

On the list, 1,121 billionaires live in mainland China, 90 in Hong Kong, 67 in Macau and Taiwan, and the remaining 27 live outside China.

Among the 293 who fell out of the list, the real estate sector suffered the most, accounting for 14 percent of the loss, followed by the health industry, accounting for another 12 percent.  When it comes to locations, the city with the largest number of dropouts is Shanghai at 15 percent, followed by Beijing at 11.

Rupert Hoogewerf (also known by his Chinese alias as Hu Run), chairperson of the Hurun Report, described that traditional industries had risen significantly this year.

It is surprising to see that in an era of rapid technological development, China’s richest man is Zhong Shanshan of Nongfu Spring, a mineral water company, whose wealth is almost the sum of  Zhang Yiming from ByteDance in 2nd place, and Zeng Yuqun, the 3rd ranked owner of an electric vehicle battery manufacturer. 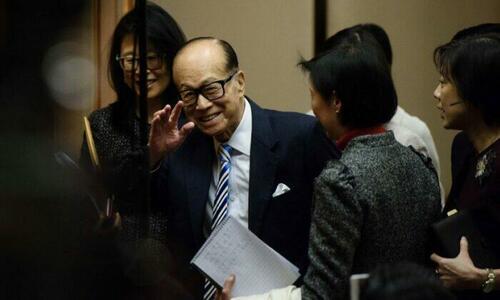 Xie Tian, ​​a professor at the Aiken School of Business at the University of South Carolina in the U.S., told the Epoch Times on Nov. 12 that the wealth of the Chinese riches in high-tech and Internet-related companies has declined, while those in traditional real industries such as mineral water and pig farming are raising. This is a trend that can be seen globally.

The overall U.S. stock market has fallen 30 percent to 40 percent this year, with technology stocks bearing most of the brunt, leading to many e-commerce and Internet giants, such as Twitter and Facebook, laying off workers.

Xie analyzed that the decline of U.S. technology stocks is the result of inflation and economic downturn in the entire world, and such a decline of U.S. technology stocks also has a negative impact on the shares of China’s tech companies. China’s technology stocks had long been criticized as overpriced and frothy. Coupled with the current economic recession in China, it is no surprise it has a tremendous negative impact on the wealth of mainland China’s richest. When stocks in high-tech, Internet, e-commerce, and other industries decline, in contrast, stocks in more traditional primitive industries such as mineral water and pig farming will go up.

Xie also speculates that this trend will continue for at least the next half to one year because the global economic recession and inflation problems will persist in 2023, casting a similar trend in next year’s rich list.

Political and economic commentator Simon Li Sai-man (pen name) pointed out to the Epoch Times on Nov. 12 that it is not just the wealth of the richest in China that has fallen. The wealth of Tesla CEO Elon Musk, Amazon founder Jeff Bezos and other wealthy guys has also shrunk. The strong dollar itself is indeed causing a certain impact on the global economy.

Simon Li also believes that how much wealth the richest have is not the best indicator of the region’s economy.  When the economy turns bad, it is the average person who will bear most of the brunt. To analyze the economic situation of a region, we should better refer to indicators such as the employment rate of students leaving college.