What Elephant? AP Denies that There Is Any Evidence That Joe Biden Discussed Hunter’s Business Dealings

For those of us who have written about the Hunter Biden scandal and the family’s influence-peddling operation for years, it is routine to read media stories denying the facts or dismissing calls to investigate the foreign dealings. However, this weekend, the Associated Press made a whopper of a claim that there is no evidence even suggesting that President Joe Biden ever spoke to his son about his foreign dealings. I previously discussed how the Bidens have succeeded in a Houdini-like trick in making this elephant of a scandal disappear from the public stage. They did so by enlisting the media in the illusion. However, this level of audience participation in the trick truly defies belief. 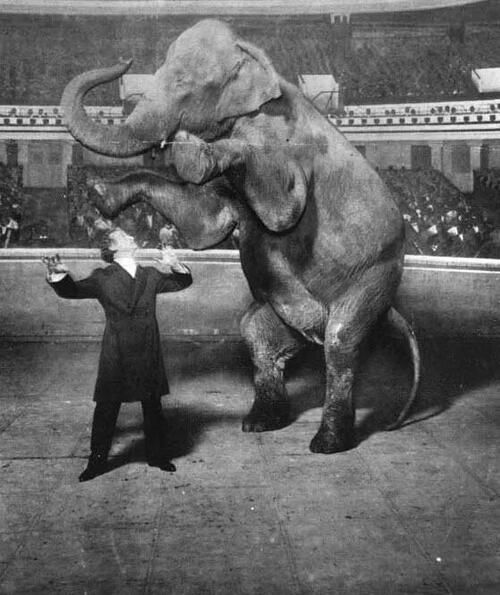 The statement of the Associated Press at this stage of the scandal is breathtaking but telling: “Joe Biden has said he’s never spoken to his son about his foreign business, and nothing the Republicans have put forth suggests otherwise.”

For years, the media has continued to report President Biden’s repeated claim that “I have never spoken to my son about his overseas business dealings.” At the outset, the media only had to suspend any disbelief that the president could fly to China as Vice President with his son on Air Force 2 without discussing his planned business dealings on the trip.

Of course, the emails on the laptop quickly refuted this claim. However, the media buried the laptop story before the election or pushed the false claim that it was fake Russian disinformation.

But who are you going to believe, the media or your own ears.

Some of us have written for two years that Biden’s denial of knowledge is patently false. It was equally evident that the Biden family was selling influence and access.

There are emails of Ukrainian and other foreign clients thanking Hunter Biden for arranging meetings with his father. There are photos from dinners and meetings that tie President Biden to these figures, including a 2015 dinner with a group of Hunter Biden’s Russian and Kazakh clients.

People apparently were told to avoid directly referring to President Biden. In one email, Tony Bobulinski, then a business partner of Hunter’s, was instructed by Biden associate James Gilliar not to speak of the former veep’s connection to any transactions: “Don’t mention Joe being involved, it’s only when u [sic] are face to face, I know u [sic] know that but they are paranoid.”

Instead, the emails apparently refer to President Biden with code names such as “Celtic” or “the big guy.” In one, “the big guy” is discussed as possibly receiving a 10 percent cut on a deal with a Chinese energy firm; other emails reportedly refer to Hunter Biden paying portions of his father’s expenses and taxes.

Bobulinski has given multiple interviews that he met twice with Joe Biden to discuss a business deal in China with CEFC China Energy Co. That would seem obvious evidence. In addition, the New York Post reported on a key email that discussed “the proposed percentage distribution of equity in a company created for a joint venture with CEFC China Energy Co.” That was the email on March 13, 2017 that included references of “10 held by H for the big guy.”

That brings us back to Houdini’s trick of making his 10,000 pound elephant Jennie disappear every night in New York’s Hippodrome. He succeeded night after night because the audience wanted the elephant to disappear even though it never left the stage.

I previously wrote about how the key to the trick was involving the media so that reporters are invested in the illusion like calling audience members to the stage. Reporters have to insist that there was nothing to see or they have to admit to being part of the original deception. The media cannot see the elephant without the public seeing something about the media in its past efforts to conceal it.

The media is now so heavily invested in the trick that they are sticking with the illusion even after “the reveal.” The Associated Press story shows that even pointing at the elephant — heck, even riding the elephant around the stage — will not dislodge these denials. This is no elephant because there cannot be an elephant. Poof!

N.B.: This column was revised to add discussion of the AP revision of the line on the investigation.