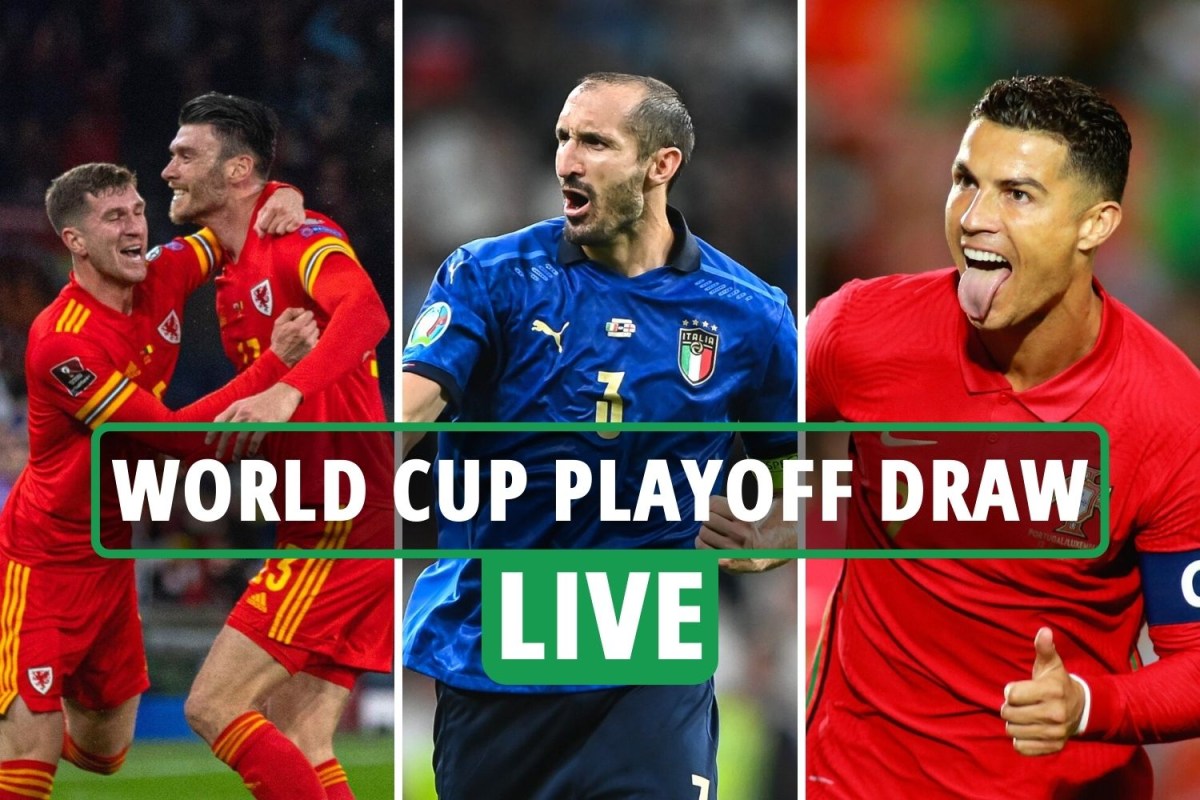 IT’S the last chance saloon for several nations to book their places in Qatar – it’s the World Cup play-off draw.

And Wales, Scotland, Portugal and Italy can all find out who they will face in the next round of qualifying – with a two-round playoff incoming.

Gareth Southgate’s England can already look forward to being at the first ever winter edition of the tournament, which gets underway on November 21 next year.

For teams who finished second in European qualifying groups though, they now face the tough task of going through the play-offs to guarantee their place in the Finals.

When is World Cup play-off draw?

Which TV channel and live stream can I watch it on?

As yet, a TV channel for the draw has not been confirmed in the UK.

But you will be able to live stream it on Fifa’s official website.

Coverage will begin at 4pm.

Which teams are involved in the World Cup playoff draw?

The draw will include ten nations who finished as runners up in qualifying, as well as two Nations League group winners who missed out on a spot in their respective group.

Just three sides will make it through the play-offs and play at the 2022 World Cup from the twelve who enter the play-off stage.

The teams in the hat are:

Who can Scotland and Wales play?

Scotland and Wales can be drawn at home to any of the six unseeded teams in the semi-final, who they will play at home.

In the final, they can be drawn home or away to the winner of any of the other five ties.

The only teams who cannot meet each other in either the semi-final or final are Russia and Ukraine, who asked to be kept apart due to the conflict in Ukraine’s Donbass region.