A WHEEL of Fortune contestant has made a flirty gesture to Vanna White before driving off with a major win – and a new car.

Wheel of Fortune’s third episode of season 40 aired on Wednesday, September 14th, and one player cleaned up. 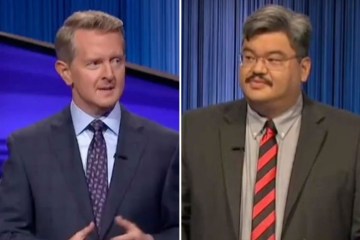 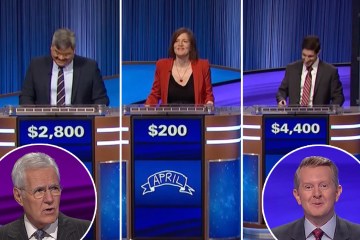 However, Ryan took a pitstop before his huge cash prize and bonus of a shiny white BMW to tell quite the story involving Vanna, 65.

“My mom told me when I was about four or five years old I used to kiss the TV screen every time Vanna came on.

“Thank you for being my first attempt at a kiss… through a television screen,” he added.

Ryan then blew a kiss to the letter plucking legend, who looked surprised and flustered in a gorgeous red number, and she returned the favor blowing a kiss back.

Pat, 74, then chimed in with an odd one and ad-libbed: “Everytime I see an IHOP commercial I lick the screen to this day.”

Fans loved Ryan’s sweet-meaning gesture while others were surprised by Pat’s addition.

“Not ‘thank you Vanna. Sorry wife.'” wrote a third.

“Licks the TV screen?” wondered another.