LEGENDARY rapper Lil Jon has impressed fans with his out-of-the-box home improvements on new hit show Lil Jon Wants to Do What?

Aired on HGTV, the hip-hop personality tackles impossible renovations with his partner – here’s everything you should know.

What is Lil Jon Wants to Do What on HGTV?

The iconic R&B rapper, known for club classic Get Low, has teamed up with a household favourite channel, HGTV.

They take on projects with sceptical homeowners who have ideas they don’t believe are possible to achieve.

The dynamic duo originally met when Anitra was enlisted in helping the hip-hop star renovate his own home. 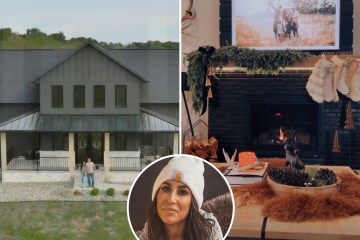 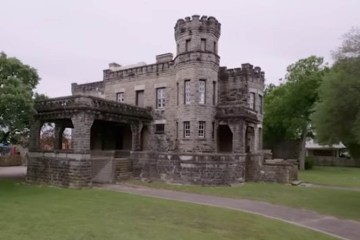 He told The Hollywood Reporter: “I just really fell in love with doing this by putting my house together and pushing the limits of what I could do.

“Through working with Anitra, we just figured out that we work really well together, and Anitra’s husband, Adam, was like, ‘Y’all should really do this together for real because y’all work so well together, and y’all both have really good ideas.’

“And so we ended up shooting a pilot, and a couple years later, HGTV picked it up.”

Where is Lil Jon Wants to Do What filmed?

Lil Jon Wants to Do What is primarily filmed in Georgia, Atlanta – both the rapper and Anitra are from the area.

The team take on families in urban and suburban locations, transforming their homes with amazing, complex designs.

Some episodes were set in the residential district of Buckhead, northern Atlanta.

The state is also home to Tyler Perry studios and Areu Bros. Studios – the first African-American and Latin-American owned in the country.

When will season two of Lil Jon Wants to Do What premiere?

The popular renovation show will be hitting screens in spring 2023 – much to fans’ relief.

“I’m excited to be back! Ready to give people more unique ideas and go even bigger for season two! Yeahhhhh,” Lil Jon said.

However, the upcoming season will offer eight episodes – telling of their success.