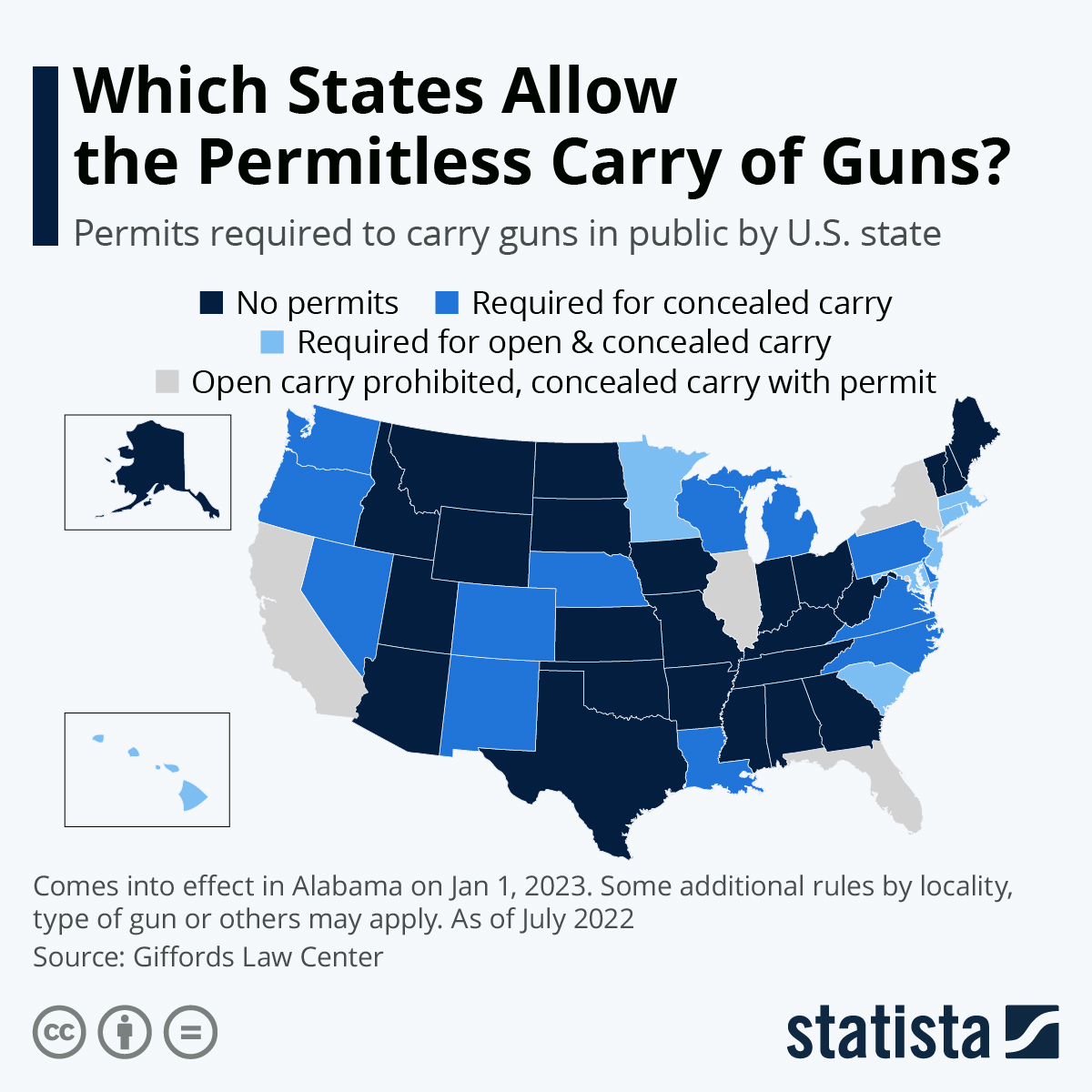 Which States Allow The Permitless Carry Of Guns?

In January of 2023, Alabama will become the 25th state in the U.S. that isn’t requiring any permits to carry a gun in public.

As Statista’s Katharina Buchholz notes, in recent years, more and more states have enacted similar legislation. Indiana, together with Georgia and Ohio, did so this year. The change made headlines as it occurred just two weeks before a deadly mass shooting at a mall in an Indianapolis suburb, where a gunman killed three and wounded two more before being shot dead by a bystander who also carried a gun.

In 2021, as many as six states enacted so-called constitutional carry laws – Utah, Montana, Iowa, Tennessee, Arkansas and Texas. For many decades, Vermont was the only state with these types of laws, which is why the practice is sometimes also referred to as “Vermont carry”. In 2011, Wyoming was the first state to enact or re-introduce similar laws. 57 mins ago
Capitol Police: Man kills himself after ramming barricade

57 mins ago
Capitol Police: Man kills himself after ramming barricade