As expected, President Biden has decided to extend the CDC’s national moratorium on evictions, which is presently set to expire on Wednesday (June 30). The one-month extension, which the administration says will be the last such extension, will also give the Democrats more time to distribute billions of dollars in pandemic aid and rent relief. The moratorium will now remain in effect until July 31.

The White House’s decision, which it confirmed Thursday morning, follows reports that California’s Democrat-dominated government was weighing to extend the moratorium for Californians while also reimbursing landlords for lost rent. Democrat policy wonks have also been warning that the expiration of the moratorium could set off a somewhat less severe eviction crisis.

Since this will be the final extension (at least, so says the White House), Biden and his team are working to prevent a wave of evictions. For starters, the extension will be just part of a slew of executive actions that the administration is planning involving several federal agencies to help compensate for impending death of the moratorium. These will include a summit on housing affordability and evictions, to be held at the White House later this month, per the NYT. 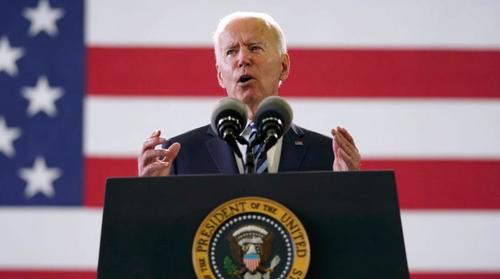 The White House also plans to increase coordination with local officials and legal aid organizations to minimize evictions after July 31, and it is also planning new guidance from the Treasury Department intended to streamline the sluggish disbursement of the $21.5 billion in emergency aid included in the pandemic relief bill in the spring. In total, some $50 billion has been allocated for rent relief and aid for low-income housing since the start of the pandemic.

🚨BREAKING: President Biden will extend federal eviction moratorium for 30 days & activate whole of government approach on eviction prevention/diversion, as we urged. Now we must redouble efforts to get ERA to tenants who need it to stay stably housed. https://t.co/p7QYA0ywWK

Democrats point to data like this stat from the National Low Income Housing Coalition which alleges that 6MM American families are behind on rent and at risk of being homeless this summer.

Assuming Biden follows through, this will mark the fourth time the deadline for lifting the ban on evictions has been pushed back.