From co-hosting The View to appearing on CNN, here’s a closer look at Emmy-nominated television personality Ana Navarro and her rise to fame.

Who is The View co-host Ana Navarro?

Born on December 28, 1971, Ana Navarro is a political strategist from Nicaragua.

Following her family’s immigration to Florida in 1980, Ana became an American citizen.

In 1993, she graduated from the University of Miami with a bachelor’s degree in Latin American Studies and Political Science.

A member of the Republican Party, she worked on campaigns for Jeb Bush, John McCain, and Jon Huntsman Jr. 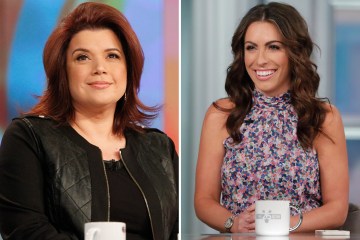 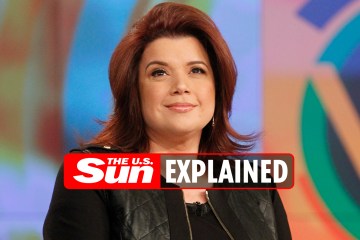 In February 2014, Ana became a political commentator for ABC News.

Around the same time, she began appearing regularly on CNN to discuss then-current events and headlines.

From July 2013 to August 2018, she repeatedly contributed to The View.

most read on the view

She and Alyssa Farah Griffin were revealed to be the two panelists replacing the seat left vacant by former co-host Meghan McCain.

What is Ana Navarro’s net worth?

Due to her popularity on TV, questions surrounding Ana’s net worth have been raised by viewers.

According to Celebrity Net Worth, she amassed an estimated wealth of $3million.

For her work on The View, the political analyst has been nominated twice for an Emmy.

In 2020 and again in 2022, Ana was nominated alongside Whoopi Goldberg, Joy Behar, Sunny Hostin, and Meghan McCain for Outstanding Informative Talk Show Host.

On March 2, 2019, Ana tied the knot with lawyer and lobbyist Al Cárdenas in a Miami wedding ceremony.

The TV strategist told PEOPLE en Español: “I feel full of love and surrounded by love.

“He treats me like I’m a princess, he treats me with so much love and respect… I like everything about him.”

Al chimed in on Ana’s sentiments and said: “We’re just a perfect match and she truly is my best friend.

“She’s earned every ounce of my love. It’s just hard to express my happiness.”

The couple announced their engagement months earlier on October 11, 2018.

2 hours ago
Capitol Police: Man kills himself after ramming barricade

2 hours ago
Capitol Police: Man kills himself after ramming barricade