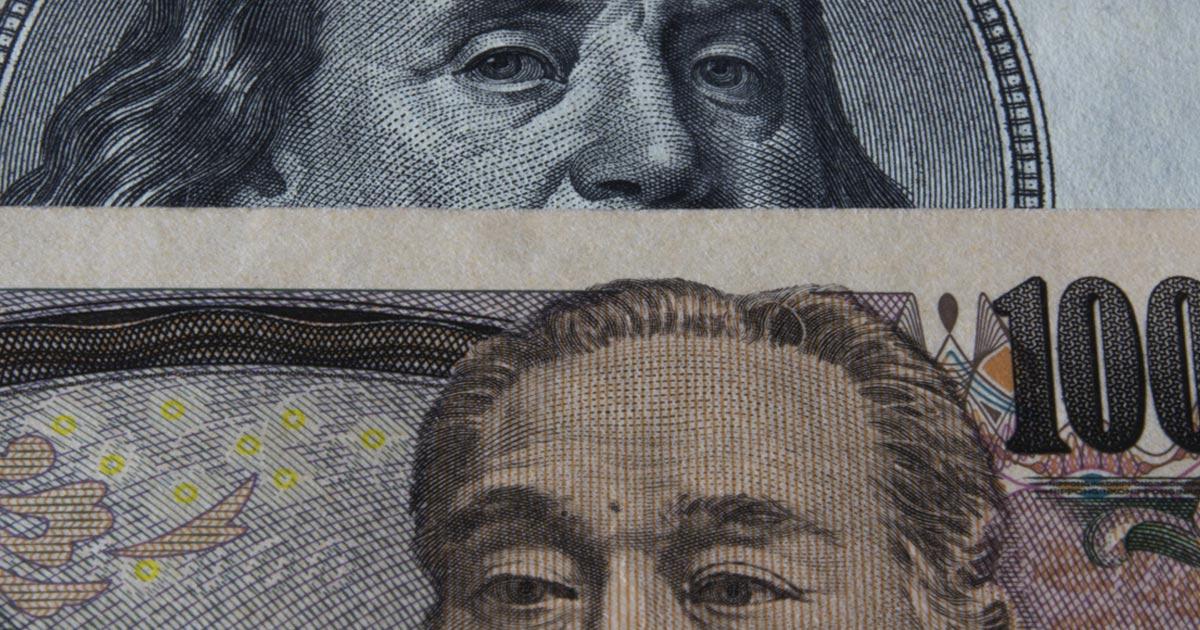 How can we explain that the currency whose issuer has made the biggest inflationary mistake of all during the pandemic is the strongest (the US Consumer Price Index is up over 8 percent year on year), while that where the inflationary mistake if any has been the smallest (the Japan CPI is up less than 1 percent year on year) is the weakest? There lies the puzzle of the present dollar-yen rate.

We can find at least part of the solution in a quote attributed to the Prussian and subsequently imperial German “Iron Chancellor” Otto von Bismarck. “People never lie so much as after a hunt, during a war, or before an election.”

Today the “hunt” is the search for yield by investors suffering from a famine of interest income on safe savings; the hunters have convinced themselves and others that persistent high returns obtained from risky assets, often highly leveraged, are the new normal, never mind a decade of economic sclerosis (as evidenced by only weak growth if any in median living standards and sluggish productivity growth).

“War” is the military conflict in Ukraine coupled with the West’s economic campaign against Russia; accompanying propaganda is a version of Bismarck’s lies.

“Elections” are most prominently the midterms in the US where the lies include Fed propaganda including promises of a soft landing and the total official silence on its disastrous policy mistakes inducing present high inflation.

The near collapse of the yen and fantastic strength of the US dollar (yen/dollar moving from 110 last autumn to almost 130 now) are the outcome of such illusions and propaganda.

Currency carry trades involve short positions in the yen, euro or Swiss franc matched by long positions most of all in US dollars but also commodity currencies. High US inflation could wipe out gains to date. After all holders of US money are subject to at least a 12 percent inflation tax levy through 2021–22. Yet many of the carry traders act as if the tax is phantom, always to be effaced by exchange rate gains or to now fade away. Some believe apparently the Fed has really changed its spots from inflationmonger to inflationphobe.

Yes, top Fed officials are talking aggressively and nonstop—the so-called hawkish pivot—about their promise to bring inflation back down to below 3 percent in 2023 without a recession along the way. This is music to the ears of Democrats who face voter wrath about their number one issue of concern—present high inflation. According to the Fed and the administration, high inflation was not due to avoidable policy mistake but bad luck—pandemic dislocation and “Putin’s war.”

Investors who believe such propaganda, notwithstanding the epic monetary inflation mistakes these same officials made during the pandemic, trust the Fed to pilot a soft landing for the US economy. By contrast there is widespread skepticism about whether the Bank of Japan can now avoid triggering high inflation in consequence of policy obduracy regarding negative rates and yield curve control just as the yen is plummeting.

Trust in the Fed combines with propaganda accompanying the US-led economic war against Russia to bolster prodollar sentiment. The story is that Russian exports of energy will be long crippled. The US and commodity-producing countries will gain from their relative abundance of domestic energy. Investors though would do well though to reflect on how Russia could pursue effective self-defense—whether sanction workarounds in the neutral countries or the rapid buildup of LNG (liquefied natural gas) capacity to replace increasingly blocked gas exports by pipeline.

A long and failing economic war (from a Western perspective) could become a factor which undermines the dollar. In the shorter term, the Fed’s propaganda messages about looming success in bringing inflation down and achieving a soft landing for the US economy—ideally suited to the Democrats’ midterm election campaign—could lose market sway, not least if recessionary tendencies build up in real time.

Could the Japanese population sour on this message even before the upper house elections this summer, emboldening the government of Japan to contemplate a course shift?

There are multiple grounds for such souring to occur. Many voters could realize if intuitively that the lack of inflation to date in Japan does not represent enduring success of its central bank but rather good luck. Monetary pump priming, albeit less fierce than in the US when measured by broad money aggregates, did not cause Japanese households as their US counterparts to engage in a historically unique frenzied buying of consumer durables. But next time the Bank of Japan could have less luck.

Bank of Japan chief Haruhiko Kuroda, a leftover loyalist of now disgraced former prime minister Shinzo Abe (that ultranationalist kindergarten affair), could justify abandoning negative rates and loosening yield curve control in terms of cooperating with exchange rate policy as set by the government—or he could simply retire one year early. Those are details of interest mainly to experts in the functioning of Japan’s particular democratic model.