The hard-hit cruise industry has yet to recover as many cruise ship stocks tumble to their lowest levels since the early days of the virus pandemic. One sign the industry remains in deep turmoil is the potential scrapping of an unfinished cruise ship set to be the largest in the world.

German cruise-industry magazine An Bord reports the 9,000-passenger Global Dream II is about 80% finished. Its shipbuilder MV Werften filed for bankruptcy in January 2022, and bankruptcy administrators can’t find a buyer.

Christoph Morgen, an insolvency administrator at Brinkmann & Partner, said attempts are being made to sell parts of the vessel, including engines and propulsion systems. The cruise ship is located at a shipyard on Germany’s Baltic coast. 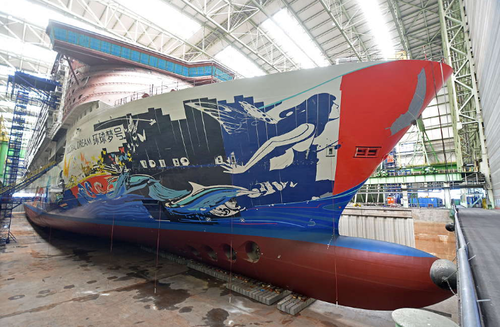 Multiple parties expressed interest in purchasing the cruise ship. The vessel is buoyant and can be towed to another location. It was initially designed for service in Asia. Since no serious buyers have come to the table, the 1,122-foot ship could be liquidated for scrap.

“If no buyer with a serious offer can be found in the coming weeks, the insolvency administrator will have to opt for a sale in a bidding process. Then shipbrokers with contact to shipbreaking yards can also submit their bids. The ship’s scrap value has risen due to the rise in scrap prices,” An Bord said.

Shipbuilding began in early 2018 and was expected to be completed in the first half of 2021. The virus pandemic sent demand for cruise ships into collapse and has been a troubled industry ever since.

Morgen said the cruise ship would need to be moved from the German shipyard by the end of the year because the commercial zone was sold to Thyssenkrupp’s naval unit, which will begin building submarines, corvettes, and frigates in 2024.

Perhaps the unfinished and unwanted 9,000-passenger cruise ship is an ominous sign of where the industry is headed… 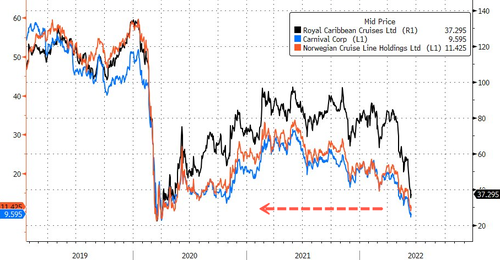 The economics of operating the most massive cruise ship appears not to be there as stagflation grips the global economy, and COVID still runs wild in some countries.