“The China story continues to be lackluster as further worries about COVID lockdowns have spread to Beijing. Shanghai has continued to face scaling lockdowns by district while Beijing has also begun to see mass testing commence with indication that further restrictions to curb case counts are inevitable,” RBC Capital Markets said in a report.

But crude prices rebounded as China’s PBOC stepped up efforts to calm markets:

“The promise of stimulus from the Chinese central bank, and the ripper in Distillate and Gasoline have put a strong bid in the Crude Oil market today,” Robert Yawger, executive director of energy futures at Mizuho Securities USA said in a note.

For now, all eyes are open for any signs of demand destruction domestically and export-driven supply-stresses after last week’s big crude draw.

After the prior week’s big draw, API reports a big surprise build in crude inventories. This was offset somewhat by a sizable draw in gasoline stocks (a relative positive signal for demand) 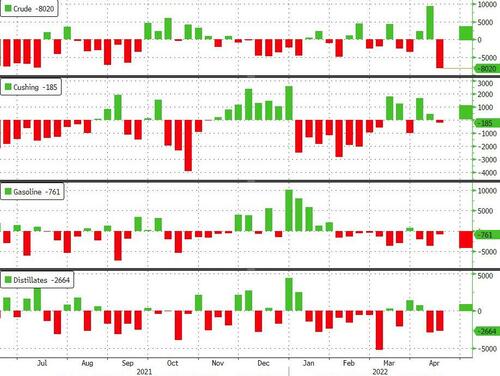 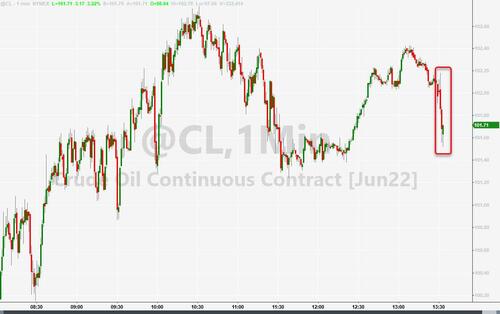 Notably, Diesel futures trading in New York surged to the highest level in records going back to 1986 as global demand for the fuel remains robust in the wake of Russia’s invasion of Ukraine. 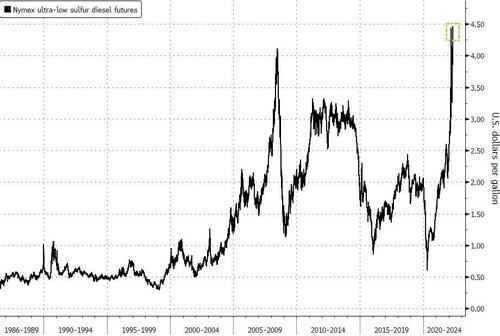 Record futures also shifted the prompt month spread into the widest backwardation on record, at 65.06 cents per gallon. The bullish structure indicates the relative strength in immediate deliveries against next-month prices as physical demand trumps all speculative positioning.