Six-time, best-selling financial author James Rickards says the upcoming book “Sold Out” lays out the case why a huge crash is already a certainty sometime in 2023. 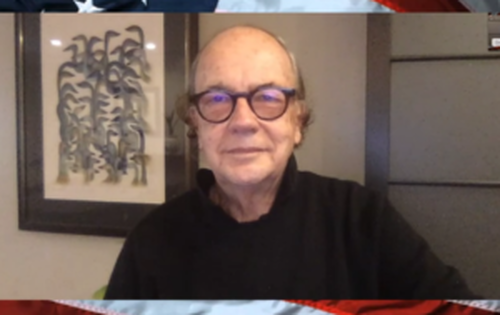 In a nutshell, broken supply chains have already caused big inflation, and the Fed is raising rates to tamp it back down.  On top of the perfect storm of inflation and prolonged supply problems, we have the recent meltdown of the FTX crypto currency exchange.  Rickards says,

“It is definitely going to cause sequential collapses in the crypto world, but will it jump the fence into the broader financial world?  My expectation is it will, but it can take six months or more to play out…

We probably have an acute global financial crisis coming anyway.  If FTX never existed, I would say we are staring at a worse financial crisis than 2008.  Throw FTX on top of that, and it’s like throwing gasoline on a fire.  It will accelerate the fire.  So, we’re probably going to have problems anyway, but the FTX implosion just makes it worse.”

As far as the dwindling supply chains, Rickards says, “The old supply chain has collapsed.  A new supply chain will emerge, and I talk about that in my book and what it will look like…”

”  Right now, we are in a very messy middle period where things don’t work well.  It’s like a vase.  You knock over a vase, and it breaks into 5,000 pieces.  You can’t put it back together.  You’ve got to go get a new vase.  We broke the vase, and we are shopping for a new one.  We are not there yet.  We are just cleaning up the mess. . . . Russia invades Ukraine.  The Ukrainian plastic conduit factory shuts down, and all of a sudden, the BMW production lines are shut down because they cannot get a part.  Again, this is another example of how this is all falling apart, and it’s not going to be put back together quickly.  There will be a new supply chain, and I call it supply chain 2.0, but we are in that in between time, and it’s going to be just a mess.”

Rickards says the Fed is going to keep raising rates because that is what they keep telling the public.  Rickards says, “They are telling us what they are going to do, and you should believe them.”

Rickards says we do have inflation, and it’s going to be with us for awhile, but we are also going to get deflation too.  Rickards points out,

These euro/dollar futures were behaving then exactly as they are now.  Except now, the inversion is even worse, which means we are in for a worse crisis than 2008.  It’s coming.  Everything I said has nothing to do with FTX.  Throw FTX on top, and as I said, you are throwing gasoline on a fire.”

After the inflation, Rickards says count on big deflation.  He will explain exactly how that happens in the 58-minute interview.

Join Greg Hunter of USAWatchdog.com as he goes One-on-One with six-time, best-selling author James Rickards.  Rickards’ new book “Sold Out” will be coming out in early December.

If you want to pre-order a copy of “Sold Out,” click here.