Update (1250ET): To borrow a phrase popularized by millennials, Sen. Rand Paul has found “the receipts” apparently proving that Dr. Fauci lied about the NIH financing “gain of function” research for bat coronaviruses at the Wuhan Institue of Virology.

MIT biologist Kevin Esvelt reviewed this paper that was published with financial assistance from Dr. Fauci’s NIH/NIAID and concluded “certain techniques that the researchers used seemed to meet the definition of gain-of-function”

While there’s apparently room for interpretation, the NIH’s own experts – whom Dr. Fauci said earlier had unanimously rejected the idea that this constituted ‘gain of function’ research – actually agreed that the opposite was the case.

It’s just a reminder that Dr. Fauci and other senior public health officials are prioritizing protection of “the narrative” over “the science”.

Clashes between Sen. Rand Paul and Dr. Anthony Fauci have become a routine feature of the latter’s testimony before the Senate Committee on Health, Education, Labor and Pensions, which Dr. Fauci is required to provide in accordance with the COVID stimulus legislation.

And on Tuesday, they clashed again after Sen. Paul accused Dr. Fauci of lying to Congress during his May testimony, during which Dr. Fauci claimed the US had never financed gain-of-function projects at the Wuhan Institute of Virology. For those who aren’t familiar with the term, ‘gain-of-function’ research involves making viruses more contagious or deadly in a laboratory. 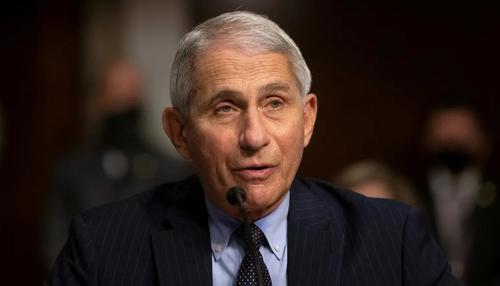 Sen. Paul started by asking Dr. Fauci if he would like to revise some of his statements about the NIH’s research, reminding him that it’s a crime to lie to Congress. Here’s what was said during the rest of the brief back-and-forth.

“Do you with to retract your statement from May 11 where you claimed that the NIH never funded gain of function research in Wuhan?”

“Senator Paul, I have never lied before the Congress, and I do not retract that statement…this paper you’re referring to was judged by qualified staff up and down the chain as not being gain of function.”

“You take an animal virus and you increase it’s transmissibility to humans, you’re saying that’s not gain of function?”

“That’s correct…and Sen. Paul, I want to say you do not know what you are talking about,” Dr. Fauci replied. “I just want to say that officially.”

Readers can watch the clip below:

“Senator Paul, you do not know what you are talking about.”

— Dr. Fauci after Sen. Rand Paul (R-KY) accuses him of lying to Congress about gain-of-function research in Wuhan lab. pic.twitter.com/aGhn3ua9r0

When Sen. Paul tried to press the issue, he was chastened by the (Democratic) committee chair, who said she would allow witnesses to come before the committee to respond at a later date.

Without offering any examples to support his claim, Dr. Fauci got the last word by saying “you are implying that what we did was responsible for the deaths of individuals, and I totally resent that…if anybody is lying here it is you.”

Dr. Fauci then claimed that the viruses from the paper Paul had cited were “molecularly impossible to result in SARS-CoV-2”.

“If anybody is lying here, Senator, it is you.”

While Dr. Fauci’s denial might have sounded convincing on the surface, we of course already know what he said to be false.

We first noted back in March, the NIH – headed by Fauci – had funded a number of projects that involved WIV scientists, including much of the Wuhan lab’s work with bat coronaviruses.

Even the Washington Post has confirmed that the WIV “had openly participated in gain-of-function research in partnership with US universities and institutions” for years under the leadership of Dr. Shi ‘Batwoman’ Zhengli.

Paul has repeatedly accused Dr. Fauci of using a middle-man – an organization called EcoAlliance, headed by Peter Daszak, the same scientist who led the WHO’s team of scientists tasked with ‘investigating’ the origins of the virus. The money provided to EcoAlliance via the NIH was used mostly to finance research at the WIV conducted by “batwoman” – or Zhengli Shi.

When the US government created obstacles to this research during the Obama years, Dr. Fauci found a workaround.

Multiple Trump administration officials told The Weekend Australian Dr Fauci had not raised the issue of restarting the research funding with senior figures in the White House.

“It kind of just got rammed through,” one official said.

“I think there’s truth in the narrative that the (National Security Council) staff, the president, the White House chief-of-staff, those people were in the dark that he was switching back on the research.”

The Weekend Australian has also confirmed that neither Mike Pompeo, the then director of the Central Intelligence Agency, nor National Security Council member Matthew Pottinger, was briefed.

The experiments are also opposed by prominent scientists, including the Cambridge Working Group of 200 researchers which issued a public warning in 2014.

“An accidental infection in such a setting could trigger outbreaks that would be difficult or impossible to control. Historically, new strains of influenza, once they establish transmission in the human population, have infected a quarter or more of the world’s population within two years.”

And Steven Salzberg, of the Johns Hopkins School of Medicine, in 2015 said the benefits of gain-of-function research were “minimal at best” and they could “far more safely be obtained through other avenues of research”.

“I am very concerned that the continuing gain-of-function research on influenza viruses, and more recently on other viruses, presents extremely serious risks to the public health,” he wrote.

Looking back, was it worth the risk?