Despite the biggest increase in average hourly wages for production and non-supervisory workers in 40 years, these people are actually worse off.

Rising prices are eating up their income gains. 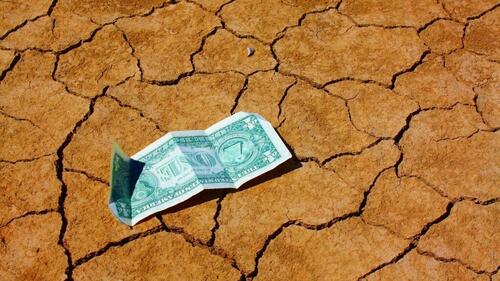 Year-over-year, average hourly wages for production and nonsupervisory employees were up 6.7% in March, according to Bureau of Labor Statistics data. Other than the lockdown distortions in April and May of 2020, this was the biggest gain since 1982.

This includes jobs in all industries that are non-management, ranging from assembly line workers to computer coders.

In dollar terms, the average wage of Production and Nonsupervisory Employees increased by $0.11 month-on-month. Wages were up $1.71 from a year ago, to $27.06. 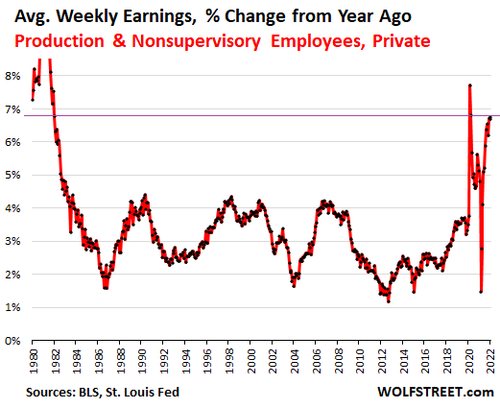 As WolfStreet explains, the spike in the spring of 2020 was due to the lockdown.

Many lower-wage employers, such as restaurants and retailers, were shut down, and their employees were laid off. Their relatively lower wages fell out of the averages, while many people in higher-paying service jobs, such as those in financial services, tech, and other sectors, switched to working from home. As millions of lower-wage people were laid off, the higher wage earners became a bigger proportion of the earners and pushed up the year-over-year gains in average hourly wages. In April and May 2021, the low year-over-year gains reflect the high base a year earlier.”

The big jump in wages over the last several months may make you feel better — that is until you actually go out and try to buy stuff.

Consider rents. The cost of renting an apartment or a single-family house spiked by 17% from a year ago, according to Zillow’s Observed Rent Index. This is much higher than the contrived calculation the government uses to calculate housing costs in the CPI.

The price of durable goods, including vehicles, furniture, consumer electronics, etc. jumped by 18.7% in February.

Nondurable goods prices were up 10.7% in February. That includes food, gasoline and other household supplies. And this was before the huge jump in gas prices due to the Russian invasion of Ukraine.

In fact, based on BLS data, your real earnings have lost over 5% of their value in the last two years as real average hourly earnings have dropped on year-over-year basis for 11 straight months… 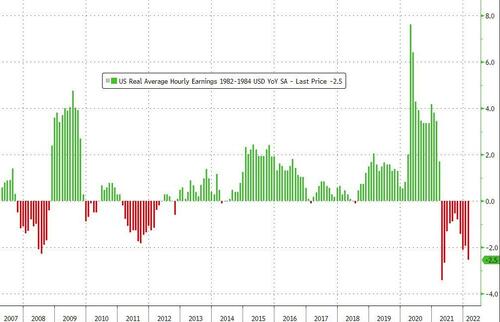 The people that earn hourly wages — they will not be fine. Their raises might make them feel better briefly – until they have to go fill up their car, buy groceries, pay for the rent increase, or buy a car. And if they want to buy a house, well, forget it.”

Economists and pundits talk about inflation as an academic exercise. They rarely reflect on the fact that rising prices have real impacts on real people. And if you happen to be somebody living on a fixed income or savings, you’re really screwed as inflation is rapidly eating away your purchasing power and your income streams aren’t increasing at all. Inflation always causes the most pain for the poor and elderly.