Zuesse: Why The EU Could End Within A Year

Germany, which has been high-and-mighty within the European Union and has imposed austerity against weaker European economies such as in Greece, Spain, Italy, and Portugal, is now demanding that other EU member nations bail Germans out of what will soon inevitably be an energy-emergency that results from Germany’s having complied with America’s demand to not only join with America’s sanctions against Russia, but to even terminate Germany’s Nord Stream 2 Russian gas pipeline that was supposed to be increasing – instead of (as now will be the case) decreasing – Russia’s natural-gas supplies to Europe.

Germany was, until recently, the industrial motor of the EU, and therefore has the most to lose from reduced and far costlier energy-supplies; but this has now happened, and will escalate in the coming winter. As those energy supplies get reduced, energy prices will rise, then soar, and Germany’s economy will get crushed. Germany’s leaders (like in the other EU nations) complied with the American anti-Russia sanctions demands (which are based on faked ‘information’); and, as a result, the German public will soon be freezing, even while Germany will be spending astronomically higher prices for energy than it had previously been paying. The plunging energy supplies from Russia will be replaced by increased supplies from other countries (including America) whose energy is far costlier than Russia’s; and only a small fraction of those reduced supplies from Russia will be able to be replaced at all. Something will have to give, probably the EU itself, because the resultant rapidly escalating internal hostilities between EU nations — especially between Germany and the nations that it now expects to bail it out of this crisis – could blow the EU itself irrevocably apart. 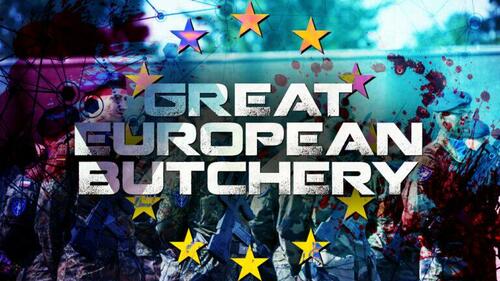 This will be happening at the same time when the EU – which was extremely committed to reducing or even eliminating both nuclear and fossil fuels and especially coal – is suddenly rushing to increase greatly its use of those non-green fuel-sources, and when European voters who had placed those people into power will not like seeing their leaders turn 180 degrees now into the opposite direction, toward global warming. Previously unanticipated new questions will inevitably become raised. Furthermore, the transitions back to fossil fuels can’t even possibly be done as fast as Europe’s leaders are promising; and, as a consequence, not only will Europeans be chilling-out and shivering during this coming winter, but their leaders will have a lot of explaining to do that can’t be explained except by admitting that they had been wrong – terribly wrong and unprepared – and this undeniable fact will cause political chaos, as the mutual recriminations about their multiple failures will embitter Europeans about the entire EU project, the project of creating one single incomprehensibly bureaucratic U.S.-satellite European mega-nation, the “European Union,” that is composed of virtually all European nations. Nostalgia about the past, of beautiful independent European nations, and bitterness about the future, of “north versus south” (etc.) in Europe, will take over, weakening the EU’s fabric, and bringing into question the entire post-WW-II cross-Atlantic alliance (subservience, actually to the Russia-hating U.S. Government), both America’s NATO and its political twin, the U.S.-dominated EU and its thousands of American servants in Brussels.

The most-recent comprehensive evaluation of the energy-needs of the EU nations is the September 2008 “Europe’s Dependence on Russian Natural Gas: Perspectives and Recommendations for a Long-term Strategy” by Richard J. Anderson of the George C. Marshall European Center for Security Studies, funded by the U.S. and German Governments. It made clear that the lowest cost and fastest-growing fuel in Europe (unless EU countries would institute polices to change this, which didn’t occur) was pipelined natural gas from Russia, and that this was especially so regarding electricity-production, industrial uses, and chemical feedstocks for plastics etc.

That’s what has happened – Russian dominance of Europe’s energy-supplies (and industrial supplies) – and, as-of 2008, the countries that were the most dependent upon cheap Russian pipelined natural gas were (see this image there): Germany, Poland, Slovenia, Hungary, Turkey, Austria, Czechia, Greece, Finland, Slovakia, Bulgaria, Belarus, Moldova, Lithuania, Latvia, and Estonia.

Presumably, those are the nations that will be especially “chilling out” this coming winter, in order to continue America’s political domination over Europe. 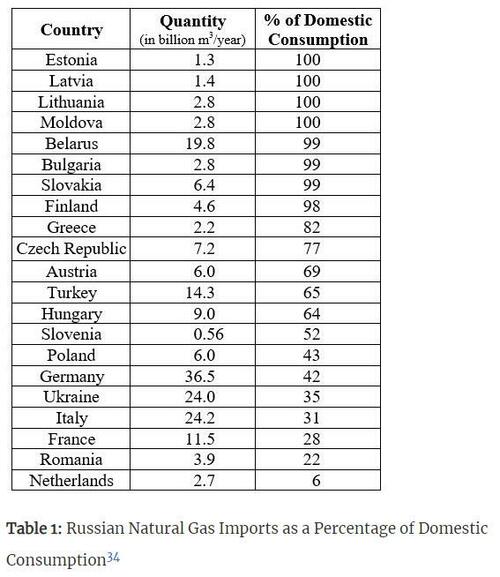 The supposed moral imperative that has supposedly triggered this “chilling-out” is Russia’s invasion of Ukraine in February 2022 as being Russia’s inevitable ultimate response to America’s coup grabbing of Ukraine in February 2014 and NATO’s insulting-to-Russia insistence that this U.S.-made new Russia-hating Ukrainian regime has a sovereign right to place American missiles on Russia’s border only a mere five-minute striking-distance to nuking Moscow – that’s the EU’s supposed moral-imperative reason to turn Russia (Europe’s cheapest energy-supplier) off as being a supplier of energy to Europe.

But, as a result of turning off Russia’s energy-spigots in Europe, the EU itself might become destroyed, and a mere has-been economically, culturally, industrially, and otherwise, just so that Europe will remain as being vassal-nations to America (its “dispensable” nations, like all the rest are), instead of to become what it always should have been, and naturally would have been – the radiant glory of the world’s largest continent: Eurasia, a Europe that includes Russia, instead of that endangers Russia.

The glory of Europe is done for, finished as what it was, and the only real question now is how fast? Oh – and WHY? Why did Europe’s leaders do this? That will be the real EU-killer question.

The Europe that was, is gone – killed by the regime in Washington DC, using its many hired agents in Europe, and their hired guns in NATO.

Investigative historian Eric Zuesse’s next book (soon to be published) will be AMERICA’S EMPIRE OF EVIL: Hitler’s Posthumous Victory, and Why the Social Sciences Need to Change. It’s about how America took over the world after World War II in order to enslave it to U.S.-and-allied billionaires. Their cartels extract the world’s wealth by control of not only their ‘news’ media but the social ‘sciences’ – duping the public.